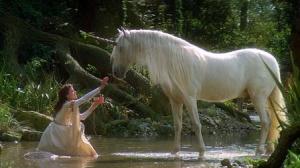 Science fiction and fantasy novels are filled with unusual creatures: unicorns, manticores, griffins, and aliens. Sometimes scary, sometimes cute, snake-like or slimy, humanoid or hairy, they populate our pages with strangeness. And it can be loads of fun to create them!

Real-world animals have characteristics suited to their environments, diets, and interactions with other living things. Those factors, as well as many more than I could fit into a blog post, need to be considered when crafting your fictional creatures.

Think about the environment your creature inhabits. Is it cold or hot? Wet or dry? Lush with plant life, or barren and rocky? Look at the types of real-life animals that inhabit the same kind of environment and you’ll find specific traits that help those animals survive. Thick fur and body fat in cold temps, scales in warm. Slimy skin in wetlands. Hooves for climbing rocks. Claws for burrowing in sand. Long tails and/or webbed feet to aid in swimming.

You need to consider where your creature lives before designing its traits. How big should your creature be? Quite large if it’s going to live someplace arctic-cold, because small animals lose body heat more easily. If your creature is reptilian, it’s going to be cold-blooded; it needs to be in a temperate area so it doesn’t freeze or cook. And if the environment is desolate, your creature better be one that doesn’t require a lot of food. There’s a reason snakes live in the desert, and birds live where there are a lot of trees, and it’s not just because snakes slither better on sand and birds fly.

We all learned in school that there are three basic kinds of animals: herbivores (plant-eaters), carnivores (meat-eaters), and omnivores (who eat both plants and meat).  We also learned all about the food chain, and about the two types of animals: predators and prey.

So, say you want to create a cool woodland creature. What is your critter going to eat? Will it be a plant-eater? Then you need to put it in a place with lots of plants, obviously, and give it teeth that can grind those leaves. Or teeth or a beak that can crack seeds. And herbivores eat a LOT. There are snakes that eat once a month, but cows seem to never stop.

Oh, and your herbivore is at the bottom of the food chain, thus he’s going to be hunted. This means he needs defense, like speed or camouflage, maybe hooves for kicking, or spines, or a hard shell. Maybe he emits something noxious when scared, or oozes poison* from his skin. He’ll need great hearing for predators, but not necessarily great eyesight. Keen or not, those eyes are going to be placed on the sides of his head so he gets a nice panoramic view because hunters rarely march right up to your face.

Predators, on the other hand, need their eyes right up front so they can home in on their prey and keep in it view. Hearing helps, too, but vision is tops. Predators need speed as well, but it’s different than the speed of prey. Cheetahs run faster, but gazelles run longer—they have to outlast their pursuer. Predators don’t want to waste energy on long pursuits—if they can’t catch you quick, they move to something else.

And all those defenses prey have? Well, predators are adapted to beat them (so they can eat them—sorry, couldn’t resist). Claws and fangs to rip tough hides and break through shells. Venom* to stop the prey from fighting.

*Just FYI—there is a difference between poison and venom. Poison is passive—it’s part of the animal, or maybe excretes from pores, and makes the predator very ill when the prey is eaten (or nearly eaten). Venom is something that is injected into another organism, generally by a predator. Frogs can have poisonous skin, plants can be poisonous, but snakes and spiders are venomous.

All this sounds pretty normal, though, doesn’t it? It brings to mind images like those you’ve seen in National Geographic—everyday animals. But that’s the point—these are basic premises, things to keep in mind while you, the author, get creative and make some wild and weird creatures to inhabit your story world.

But if you need even more inspiration, dig a little deeper right here on Earth. Literally. Look underground, or under the sea, and you’ll find some of the strangest beings you’ve ever seen. Animals that can survive extreme temperatures and immense water pressure. Animals with no need for hearing or sight at all. Insects that excavate entire cities. Critters who can be cut in half and regrow the rest of their bodies, in essence becoming two whole new organisms. Bioluminescence, even in the form of a lure to trap prey.

Once you understand the logic behind different traits and ecosystems, you can start twisting things to match your story. What is the effect of longer days? Longer nights? Multiple suns?  Your nocturnal animals are going to have a rough time if there’s night only comes once a month. How long is a year? What happens when gravity is lower or higher than it is on Earth? There’s a reason the green, four-armed inhabitants of Mars in John Carter are so tall ;). 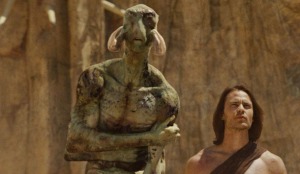 And then there’s my personal favorite: magic. If you’re writing fantasy, there are loads of mythical creatures to choose from—but what if you want to make up your own? Examine the cool adaptations real animals have, and make them magical. Maybe a rodent can use magic to burrow through rock, or a spider can weave a magical web. Perhaps a bird can sing a song that hypnotizes its prey, or a magical lizard’s shed skin can be used as an impenetrable hiding place for another creature.

As I said, there’s far more that could be included here—reproductive rates, echolocation, amphibians, life span, hive insects, invertebrates, and the list goes on. Our world is vast and mysterious and full of diverse and amazing animals. So look to the array provided by our Creator when you need ideas. Follow His logic and design…and then craft yourself some awesome creatures! 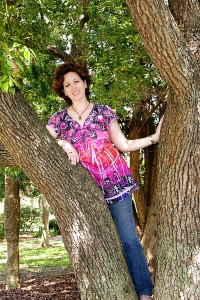 Kat Heckenbach spent her childhood with pencil and sketchbook in hand, knowing she wanted to be an artist when she grew up—so naturally she graduated from college with a degree in biology, went on to teach math, and now homeschools her two children while writing. Her fiction ranges from light-hearted fantasy to dark and disturbing, with multiple stories published online and in print. Her YA fantasy series includes Finding Angel and Seeing Unseen and is available in print and ebook. Enter her world at www.katheckenbach.com.