Hey everyone! We’re back from a short blog hiatus, and boy do we have some exciting stuff coming up over the next few months. More information about Realm Makers 2017, some news about Realm Makers expanding, more great interviews with authors and publishing professionals. Just MORE!

For now, though, we’ve got an interview with author and editor Cindy Koepp. Who’s she? Find out more . . . 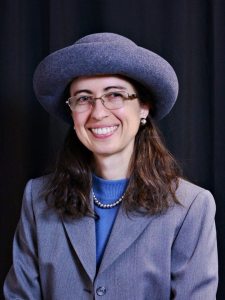 After hatching years ago in a land very far away, Cindy tried to hide under a secret identity, but she finally gave that up and started openly telling people she was an alien capable of adopting many forms. To her surprise, with the exception of one class of elementary students, no one believed her. They assumed she was joking, thereby giving her the perfect cover story.

She spent 14 years mutating the minds of four-footers – that’s height, not leg count – but gave that up to study the methodology needed to mutate the minds of adult humans. In her off time, she writes about her adventures under the guise of telling science fiction and fantasy stories, records her blog articles, and reads wonderful books in exchange for editing help.

How many books do you own?

Fewer than I used to but not nearly enough. I had to downsize seriously in one of my recent moves. With ebooks and an iPad, I’ll have to regrow my collection. Less concern about space restrictions that way.

What is your favorite food?

Of all time? That would be cheesecake. Nothing better than homemade cheesecake. Pumpkin cheesecake with whipped cream. Vanilla with caramel and pecans. Sadly, I’m allergic to too many ingredients in cheesecake now. Favorite food I can still eat? Oh, probably oatcakes with walnut butter and fruit. Good stuff!

You want to make some?

1 TBSP some kind of oil

A cup or two of walnuts

A cup or two of finely chopped fruits 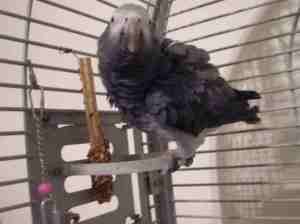 What is your favorite TV show?

Oh, well, that’s highly variable depending on what I’m watching lately. Some recent candidates include Six Million Dollar Man, MacGyver (the original version), Adam 12, and Emergency! You have, I assume, noticed that I prefer “vintage” TV. Very, very few modern stuff interests me.

You have a free weekend. What do you do with it?

That depends on what I’m in a mood for. I might spend it all writing. I might spend it studying a book of the Bible. If I’m feeling creative, I might do crafty stuff or sew while watching movies. I might even do something really wild and dedicate time to some of each.

How many books did you write before being published?

A bunch. Three (Remnant in the Stars, Mindstorm: Parley at Ologo, and Lines of Succession) of my currently published books were written and in various stages of revision. I’d also written 5 or 6 others (depends on whether you join the 2 that were really the same story continued), mostly fanfic or stuff I’d written just for my own amusement.

What is the #1 writer’s resource that you cannot live without?

Pen and Paper. Computers are nice to have if it’s something I want to publish, but the resource I use the most is good, old-fashioned paper and pen.

What was your first novel about?

Why do you write?

I write to get the crazy ideas out of my head and into someone else’s. 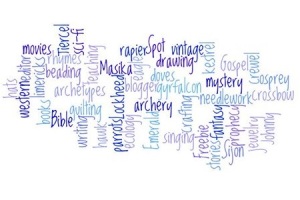 Why do you write speculative fiction? What draws you to it?

I like science. I like history. I have weird ideas. What else could I do with that?

Is there a step in the writing process that you dread/loathe/wish you could throw over the side of a cliff with a mill stone tied around its neck?

Marketing. I stink at it. I’d really just like to quit blogging and trying to be clever with marketing junk and Twitter posts and all that and spend my time writing. I’m weird, I know.

Are you a panster or a plotter?

Plotter. Extreme plotter. I make maps, describe characters and places, come up with the details for the different cultures in the story. Then I detail the plot including the point of a given scene, bits of dialogue, and all that handy stuff.

What is one piece of writing advice someone has given you that actually helped you?

Short dialogue tags (he said, she asked, etc) are almost useless. Sure, they tell you who squawked what, but they don’t do anything to build the scene. If you want to build the scene, use an action tag. Give people something to do while they yack at each other.

Thank you for hanging out with us today, Cindy! We so enjoyed learning a little more about you.

Does anyone else have questions for Cindy?

You can also find her around the web:

One thought on “Into the Mind of Cindy Koepp”